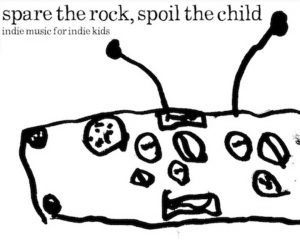 For over fifteen years Spare the Rock, Spoil the Child has been providing the soundtrack to thousands of childhoods around the country. The show plays “indie music for indie kids,” including the best of music aimed at kids (like Dan Zanes, Moona Luna, Ella Jenkins, Pierce Freelon, Elizabeth Mitchell, Lunch Money, Caspar Babypants, and They Might Be Giants) right alongside kid-friendly tracks from the likes of The Ramones, Mike Doughty, Ella Fitzgerald, Brian Eno, Pizzicato Five, Andrew Bird, Fishbone, and more, and including exclusive in-studios.

Book Club for Kids
This free, 20-minute podcast is devoted to middle grade books and readers. Each show features a trio of students discussing a favorite book, an interview with the author, and a celebrity reading. Kitty Felde is the host.
→ BOOK CLUB FOR KIDS
But Why: A Podcast For Curious Kids
But Why is a show led by you, kids! You ask the questions and we find the answers. It's a big interesting world out there. On But Why, we tackle topics large and small, about nature, words, even the end of the world.
→ BUT WHY: A PODCAST FOR CURIOUS KIDS
The Dirtbag Diaries
This is what adventure sounds like. Climb. Ski. Hike. Bike. Paddle. Run. Travel. Whatever your passion, we are all dirtbags. Outdoor writer Fitz Cahall and the Duct Tape Then Beer team present stories about the dreamers, athletes and wanderers.
→ THE DIRTBAG DIARIES

Doug Cosper's "On Wings of Wonder"